If you have a metal roof that looks like it has rusty spots or scratches on the surface, call a roof repair contractor to take a look. Metal roofs are usually coated to protect them from rust, but if the coating is scratched off, the metal could start to rust when it's exposed. Here's what a roof repair contractor might do to repair scratches and rust spots on metal roofing.

How Scratches In Metal Roofing Can Be Repaired

Scratches may not seem like a big deal, especially since they can't be seen from the street, but if they're deep enough, they could allow rain to contact metal and start the process of rusting. Rust eats holes through metal, and that leads to a roof leak. Fortunately, a roofer can repair scratches so they won't harm your roof.

First, the area around the scratch has to be cleaned thoroughly so the paint and rust inhibitor can adhere well. Then the roof repair contractor might paint the scratch with a rust inhibitor. However, they'll verify first that no rust is present.

If rust is seen, it has to be scrubbed away with a wire brush before the inhibitor is applied. Then the roofer can paint over the scratched area with paint made for metal roofs that's the same color as your roof. This makes the scratch blend in so it isn't noticeable.

How A Rusty Patch Can Be Removed

Rust is often difficult to remove from metal, but it can't just be painted over or the rust will continue to eat away at the roof. Instead, the roofer scrapes away at the metal with a wire brush. They might also use a rust dissolver to get rid of the rusty spot. The roofer might also sand the area. Part of the roof coating comes off too, but that's okay as long as all of the rust is gone.

When the rust is gone, a rust inhibitor is applied, followed by primer and paint. When you have your roof inspected in the coming years, tell the roofer about the repaired area so they can keep watch on it to make sure rust hasn't returned. 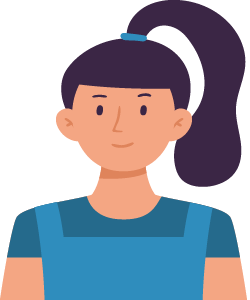 Construction workers and contractors do many different kinds of work, but most of that work is related to building. Some contractors build buildings directly. Others have more supplemental roles, such as installing the plumbing. Those supplemental roles are just as important. After all, what is a building without plumbing or heat? While we are not contractors ourselves, we are people who have a deep knowledge of this industry. We've worked with contractors, and we've also researched this field to the point where we can say with confidence that the material on this website is reliable and accurate. If you're at all interesting in construction and contract work, we advise you to read what we have to say.

Don't Make The Clog Worse: Important Things To Keep In Mind When Removing A Clog
10 October 2022

The Perks Of Having High-Quality Patio Covers
26 September 2022